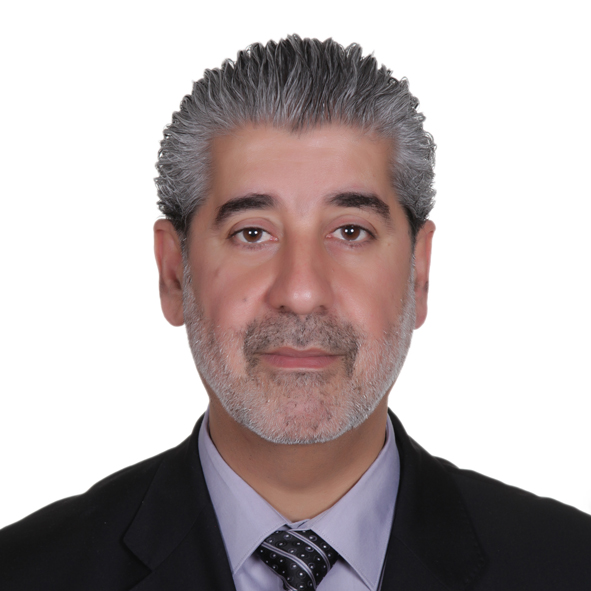 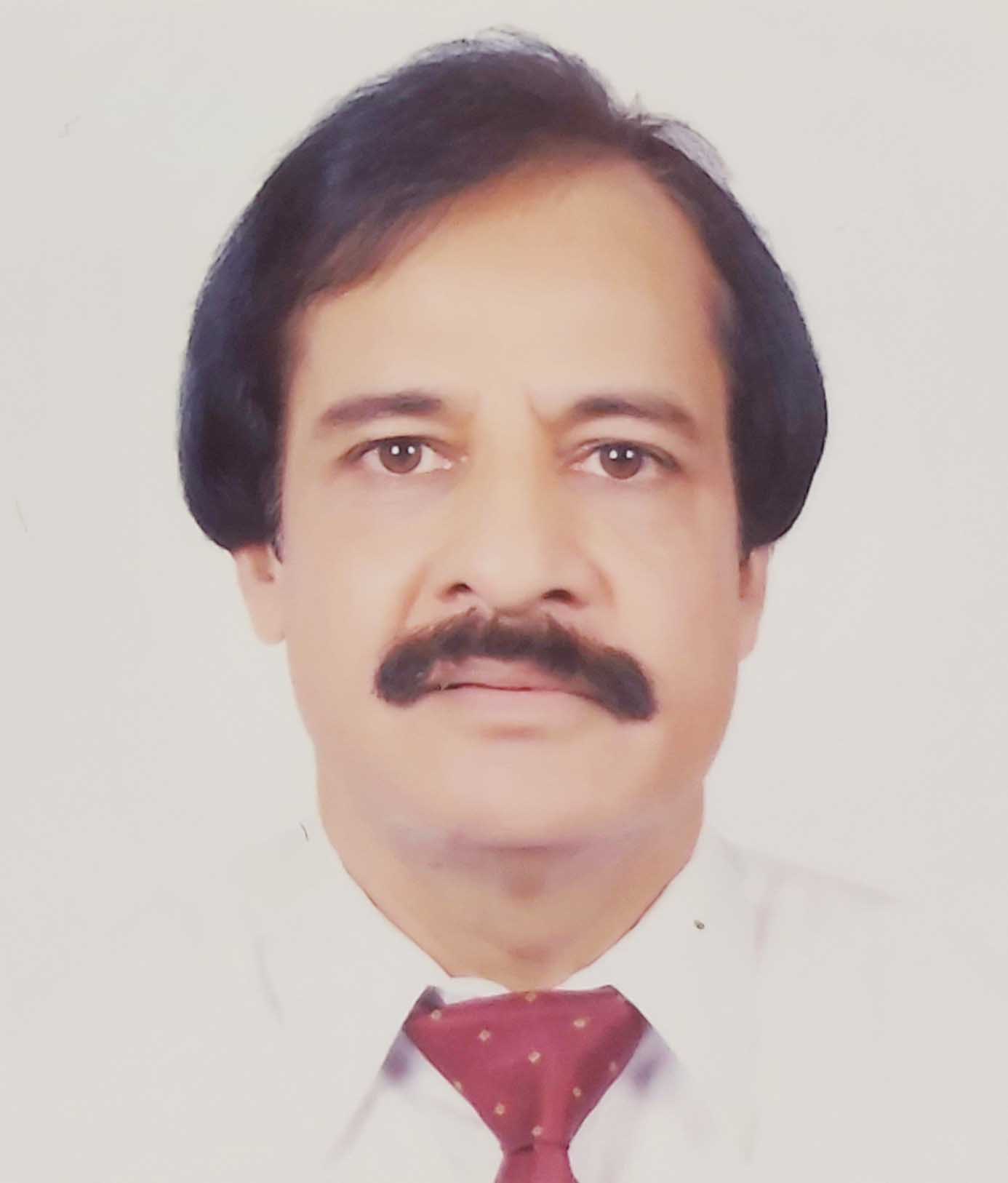 Abstract: When a vascular etiology causes damage to the brain it is known as a stroke. The risk of stroke is more, during or immediate post-pregnancy. The symptoms of stroke depend on the site of the brain affected by the insult. Thrombolysis is a process used to breakdown abnormal blood clots that constrain blood flow in veins and arteries. The case study exemplifies a 27-year-old female, primigravida with a history of Middle cerebral artery infarct with the complaint of rambling speech, post thrombolysis. The speech characteristics were reduced loudness with reduced maximum phonation duration, shallow and fast breathing pattern on speech and at rest. Detailed Speech-language assessment done using Frenchay’s Dysarthric Assessment divulges mild dysarthria.

Middle cerebral artery (MCA) is the largest cerebral artery branching from internal carotid supplying the lateral surface of the cerebral cortex, basal ganglia, and the posterior and anterior internal capsules. Any interruption in its blood flow due to any pathology causes a tremendous effect on speech, language, hearing and sensation of the individual. The term “stroke” is used to indicate damage to the brain caused by a vascular etiology (Grear, K. E., & Bushnell, C. D. 2013). One such intrusion to blood flow involves the formation of thrombosis.

Thrombosis is the process of formation of a blood clot in the vascular system commonly known as a thrombus. The thrombus can block or obstruct the blood flow in the affected area or move to a crucial part of the circulatory system consequently causing serious complications. Thrombosis formation takes a few minutes to a week to clog the artery. It is normal for the body to produce clotting factors like thrombin and fibrin when a blood vessel gets damaged suddenly and increases over minutes, hours or even days during the final stage of accumulation. Brain cells draw their needed nutrition such as glucose and oxygen and remove carbon dioxide from the nerve cells through blood. Without an adequate blood supply, the brain cannot function precisely. Besides, circulatory interruption of 5 to 8 seconds causes unconsciousness and 4 to 6 minutes interruption into irreversible brain damage.

The physiological shift during pregnancy can create neurological disturbances which result in Pregnancy-Related Stroke (PRS). PRS is defined as a stroke of any type occurring while a woman is pregnant (antenatal stroke), during labour, at the time of parturition including the time spent in the hospital after giving birth (delivery stroke) and within 6 weeks of delivery. The etiology of stroke in pregnant women generally mirrors that of stroke in other young patients except for the added risk that pregnancy-induced physiological changes and preeclampsia appear to confer (Hosley, C. M., & McCullough, L. D. 2011).

Dysarthria is one such speech disorder associated with such populations. It is defined as a speech disorder from weakness, paralysis, or incoordination of the speech musculature that is of neurological etiology. Dysarthria describes impaired speech intelligibility caused by weak, slow or uncoordinated muscles in the speech tract and is thought to affect 20%–30% of stroke survivors (Mitchell, C. et al., 2018). Damage to the central or peripheral nervous system impairs the transmission of neural messages to the muscles involved in speech causing the manifestation of different speech and language features.

A 27- year- old female primigravida, a known case of MCA infarct post thrombolysis, reported to our out-patient department with the chief complaint of rambling of speech from last 2 months which was sudden in onset. During the period of her treatment of thrombosis, she had a sudden Stroke that steered to the right upper and lower limb weakness with a deviation of mouth to the left side with the impediment of speaking.

Detailed speech and language evaluation was done on the patient. She was conscious, alert during the entire evaluation. Oral peripheral mechanism examination revealed all structures normal in appearance but inadequate in their functions. The range of motion, mobility and strength of tongue was reduced on lateralization, retraction and protrusion. Besides, groping behaviour was evident which restricted the movements of the tongue. Lip strength was reduced on speech though adequate lip seal was maintained at rest. No Facial tremors and drooling were reported by the patient. Nevertheless, active Gag reflex was present on assessment. Reduced Maximum Phonation Duration (MPD) with delayed onset time was notable on phonation of /a/, /i/ and /o/ vowels. Perceptually the voice was shrill in quality with reduced loudness. The patient exhibited hasty, shallow and fast breathing pattern both on speech and at rest. Further, Diadokinetic rate (DDK) was markedly reduced.

On the spontaneous and reading task, the speech was slurred with imprecise consonants. Some spacing (fronting, backing), timing error, vowel distortion and frequent gaps of involuntary silences could be perceived on the conversation with the patient. Besides a few blocks, repetition (part-word) and prolongations could also be discerned. The speech was intelligible up to level 2 which indicates that listener can understand speech, however, may need occasional repetitions.

On language assessment, performance on auditory closure task, memory task and object recognitions were adequate. Moreover, the patient could follow all auditory command consistently. The patient was utterly oriented to time, place, and individual. Sensory examination such as light touch, two-point discrimination, pain, temperature and the oral sensation was conducted which evinced well-integrated sensation pathway. Proper gait was maintained when the patient was made to walk in tandem. Besides, her visual acuity was within normal limit with no abnormality of the fundus. Frenchay’s Dysarthria assessment tool was administered on the patient with the finding of mild dysarthria.

Standard pure tone audiometric evaluation was done which revealed bilateral hearing sensitivity within normal limits. On Immittance audiometry, a finding of ‘A’ type tympanogram with both ipsilateral and contralateral reflexes present was obtained. Besides, Otoacoustic emission was done to rule out the integrity of hair cells and it disclosed bilateral, both DPOAE and TEOAE pass, indicative of normal auditory integrity up to outer hair cells.

Middle Cerebral Artery forms a major source of arterial supply to the entire lateral surface of the cortical part of the brain. It arises from the internal carotid artery and continues up to lateral sulcus where it branches supplying different parts of the cerebrum. It supplies parietal, frontal and temporal lobe area which houses two imperative areas for language and hearing via Broca’s area and Wernicke area. Any pathology that intervenes its function causes specific speech and language symptoms. The vascular occlusion in the branch of left MCA that supplies Broca’s area leads to little Broca’s Aphasia or Minor Broca’s Aphasia.

Cerebrovascular Disorder (CVD) is a common cause for Middle cerebral artery infarct leading to the emergence of different sequela of neurological, speech and language symptoms. Depending on the site and extent of the lesion, different speech and language characteristics get manifested. Dysarthria is one such speech disorder prevalent among individual with CVD following MCA infarct. Dysarthria due to stroke is undeniably frequent but it is usually accompanied by other neurological signs, such as hemiparesis, hemiataxia, clumsy hand, central facial paresis and/or tongue deviation upon protrusion (Tremolizzo, L. et al., 2015). Pregnancy-associated stroke is rare but is considered an important cause of morbidity and mortality in women of childbearing age (Yoshida, K. et al., 2017).

Detailed speech and language evaluation performed on the aforementioned patient which revealed the presence of mild dysarthric features. Dysarthria is impaired production of speech due to disturbances in the muscular control of the speech mechanism following any kind of neurological insults. Articulation skills are predominately affected as compared to other elements of the speech production system leading to reduced speech intelligibility. Since the site of lesion was focal with no associated hemorrhagic conversion, auditory comprehension, hearing sensitivity and language ability were intact. Reduced range, mobility and strength of tongue led to imprecise consonants which can be attributed to weak oromotor structures. Nevertheless, no facial tremor was evident. Mild dysfluencies such as audible blocks, Silent gaps, prolongations and irregular repetitions ascribe to neurological insults.

Management focuses on restoring, compensating and adjusting motor speech to ensure maximum effectiveness, efficiency and naturalness of communication. Different techniques that cause betterment of respiration, phonation, resonation, prosody and articulation will be administered for better prognosis. Methods employed hubs to increase loudness, reduce dysfluencies, strengthen oromotor structures and intensify the precision of articulating sounds. The strategies such as the use of pacing boards, oro-motor exercises, open mouth position, drill exercises, prolongation, will be the cornerstone of treatment.

In summary, the result of case study demonstrates that dysarthria following Middle cerebral infarct post thrombolysis associated with a cortical lesion in pregnancy is a rare case which indicates a red flag for the earliest and profound need of medical and rehabilitative management by the professionals dealing with such cases. Hence, the audiologist and speech-language pathologist plays an indispensable role in managing individual hearing and communication ability.